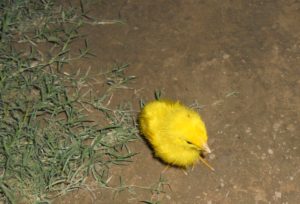 “An exotic chick can not expect respect from hidden cats; it needs to look up for possible attacks, or be prepared to get swallowed.”

Many advertisers/brand owners in India–who primarily use traditional/offline media–tend to spend millions for a press ad that gets published in a national newspaper having a sizeable circulation/ readership in the country. Ditto for TV ads. This is because the advertiser gets to “SEE” his ad published/telecast in different city editions of the newspaper/TV channels, covering large parts of the country. He truly believes that his ad has been seen by so many million readers/viewers countrywide, which is a myth.

If he spends say INR 5 Million on an ad in a newspaper/TV which claims a readership/viewership of say 5 Million–the cost per exposure comes to just INR 1 only. It seems to be a good deal–but the wastage factor in mass media is usually up to 80%-i.e. up to 80% people are not looking for the product/service being advertised in mass media like newspapers/magazines, TV, Radio Outdoor etc. However, many clients in India are yet to realize that.

Another reason most clients in India are more into offline media because–after the publication/telecast of the ad in a newspaper/TV, the client can share among his/her “People” (business associates & friends/relatives-wherever they are in the country) about the appearance of the ad on that day–and therefore seek to obtain a superior image for the company/brand among this group of “People”; even though the ad may or may not generate justifiable Return-On-Investment (ROI), which is anyway very difficult to measure in offline mediums like TV, Print, Radio etc.


However, the same India-based client is not willing to spend even half of this amount on a Digital & Social Media (DSM), which can cover the entire country, on 24X7 basis, for the whole year!!

(The press ad has the life of just one day–or shall we say two hours max, in the morning). TV ads have life in just seconds!!

Why does the client do this ‘Harakiri?”

Because the client does not get to “SEE the digital ad”–unless he logs onto his laptop/PC, connects to the internet, and puts the chosen keywords in Google bar on which the Digital/Social Media campaign is running!

Not even his “People” get to see the digital ad, for the very same reason.

Ironically, due to this very fact, the digital medium has virtually zero wastage factor; the digital ads are extremely focussed (on people, geographies etc.) and can only be seen by those for whom they are meant for; or for those who are searching for that product or service on the internet/ Google.

As a Digital & Social Media Professional, I believe many people regard Digital & Social Media(DSM) as a multi-headed snake who is out to bite them somehow every day regularly. However, nothing can be further from truth. DSM can be a great ally, if you make friends with it. One thing is for sure – whether you like it or not-you need to get into DSM, unless you wish to be sniggered by kids in your environment.

Today, the entire e-commerce business is revolutionizing the way we buy our requisite products & services; and mostly it is the youngsters who are at the forefront of exploiting the liberation from wastage of time & energy spent in going to the crowded markets, struggling for parking spaces etc.

The young folks in our offices are buying even soaps & shampoos on net, which come at significant discounts (since the delivery is directly from the manufacturer–thus eliminating the distributor/retailer margins) and it is delivered at the doorstep of the buyer! It is highly unlikely that there would be any difference in quality/quantity of standard/branded items, whether you buy from physical store or from internet.

The moral of story for India-based clients: Embrace Digital & Social Media; or the hidden cats will swallow chicks looking down – however exotic they may be..